We offer assistance in organizing tours, among others, to the Wieliczka Salt Mine, the Auschwitz-Birkenau camp, Zakopane, or Wadowice.

We also offer tasty lunch boxes available at very attractive prices for guests going on full-day tours. Please contact the reception desk in order to learn about the menu and to place an order.

A salt mine located in the town of Wieliczka, only 10 kilometers from Kraków. The mine has been included on the UNESCO World Heritage List since 1978, and since 1994 is has been officially recognized as a monument of Polish history. In 2007 the salt mine ranked 1st in the “Seven Wonders of Poland” poll organized by the Rzeczpospolita newspaper.

We highly encourage you to explore the labyrinth of underground tunnels and chambers with a combined length of 300 km, which were created during 700 years of the mine’s operation. Another unique attraction available at the mine is the Kraków Saltworks Museum. The salt mine is characterized by a unique microclimate combining high relative humidity and high sodium chloride content with a constant temperature (from 14°C to 16°C), increased atmospheric pressure, high ionization, and high content of potassium, magnesium and calcium in the air. 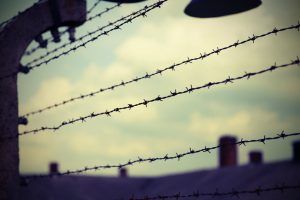 The largest concentration camp in Europe, created by the Germans during World War II. At present the former Auschwitz-Birkenau camp serves as a global symbol of terror, genocide and the Holocaust. In 1979 the camp was entered on the UNESCO World Heritage List. The Auschwitz-Birkenau State Museum was established at the site of the camp in 1947 at the initiative of the camp’s former prisoners.

The Museum mainly consist of two major parts of the former camp complex: Auschwitz I and Auschwitz II-Birkenau, which include more than 150 buildings, approximately 300 ruined structures with authentic roads, ramps, fences, as well as archives that survived the evacuation of the camp and a collection of over 100 000 movable objects (such as suitcases, shoes and objects of everyday use, striped camp uniforms and other items belonging to the prisoners, as well as items used by the camp personnel).

A town located in southern Poland, in the Małopolskie Voivodship. It serves as the seat of the Tatra County. Zakopane is known for its exceptional landscapes, diverse wooden architecture, highlander folk music and delicious food.

Although the town is commonly referred to as the winter capital of Poland, it offers many tourist attractions during the summer season as well. In the winter, skiing fans can use ski lifts and well-prepared slopes, which guarantee a truly unforgettable experience. In the summer, Zakopane is the perfect destination for hiking enthusiasts, who can enjoy numerous diverse hiking routes leading through mountains, forests and valleys.

In the footsteps of Pope John Paul II – Wadowice 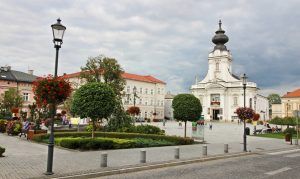 Wadowice – a picturesque town situated on the Skawa river. It became famous as the hometown of Pope John Paul II.

The main historical monuments in Wadowice include the local Parish Church (the Minor Basilica of the Presentation of the Blessed Virgin Mary from the 18th century; chancel from the 15th century), the Family House of Holy Father John Paul II (biographical museum of Pope John Paul II located in his family home), the John Paul II Square with Classicist-style buildings from the 19th century. It’s also worth visiting the local pastry shops in order to taste the famous cream cakes that the future pope used to enjoy in his youth.

Please contact the reception desk in order to discuss the details.

This website uses cookies to improve your experience while you navigate through the website. Out of these, the cookies that are categorized as necessary are stored on your browser as they are essential for the working of basic functionalities of the website. We also use third-party cookies that help us analyze and understand how you use this website. These cookies will be stored in your browser only with your consent. You also have the option to opt-out of these cookies. But opting out of some of these cookies may affect your browsing experience.
Necessary Always Enabled
Necessary cookies are absolutely essential for the website to function properly. This category only includes cookies that ensures basic functionalities and security features of the website. These cookies do not store any personal information.
SAVE & ACCEPT